Hope you’re able to spot two of them in this picture.

You could meet one of Indonesia endangered species Javanese bull (Bos Javanicus) inside this 80-hectares Savannah located around 2km from Rawa Bendo gate. More than 30 wild bulls live there ever since Alas Purwo National Park was opened in 1992. Besides them, do expect to witness deer, peacock, and coyote around.

They usually show up in the morning between 6 AM to 9 AM and in the evening from 3.30PM until 5 PM local time in the search for plants.

Another view of the savannah from the tower taken at 12.30 PM.

Be mindful to bring your camera along with telephoto lens if you wanna catch up those faunas as the distance between the two-floored monitoring tower is quite a shot. One of telecommunication operators works here is Indosat. Never mind XL.

1. Politicians will ALWAYS leverage (not only tend to, like what they had also done in the past) religion, race, and ethnicity to hold the constituents tight then later on grabbing their votes.

This is simply because they find them as the easiest, cheapest way to win any election across the country rather than relying on their competence from any perspectives (knowledge, skill, and attitude). Do less for more.

Never mind their competitiveness nor their so called programs – Does anyone really care? Seriously? Even if the society concern about them, the number of these logical individuals might be pretty limited. The majority of the voters’ mind share and heart share will be driven by religious considerations to whatever direction the candidate desires or wants.

If this way works in the capital city, then it shall also be successful in other cities and provinces. Geezzz…

2. The democracy, for the country struggling with it since 1998 (let alone the Old and New Order regime), is VERY costly. An arm and a leg. Both financially and non-financially. Conservative mindset, low Human Development Index have put more weight on the government’s shoulder for ages. Ouch.

3. Heading to other elections in the future, West Java Governor and 2019 presidential contests, at large, Indonesia’s economic growth, if other factors remain constant whilst similar noise occurs and wastes so much space and energy, may be staggering around 5% or worse below than that.

Why? Ever since Ahok’s saga, the discussion on the economic package has no room (harshly saying ‘stop’) during the cabinet meeting. Around October last year. I heard this story from a political and investment expert in his general lecture a few weeks ago.

Down the road, I hope I’m totally wrong. Or someone feels free to wake me up when I’m proven wrong, please… 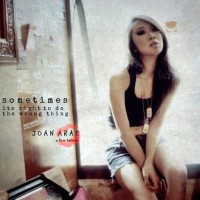 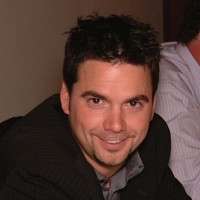 My Adventures in Beauty and Fashion in Tokyo, Japan.

Essentially awards you for running around in Arae's Imaginary World - Enjoy your pleasure | No part of this website or any of its contents may be copied, reproduced, modified, adapted or distributed, without the prior written permission from Joan Arae. Copyright © 2013 The Arae, Inc. All Rights Reserved.